Recently, the idea of mass timber to build large structures resurfaced in North America thanks to a new material design in the form of an engineered wood product, Cross Laminated Timber (CLT). The use of large timbers and engineered wood products to build sizeable structures in North America is not new. Minnesota’s Butler Brothers Building is a nine-story, 370 thousand square foot warehouse built with heavy timber in 1908, ~110 years ago; it remains in use today. Glulam, first patented in Europe in 1901, was used to build USDA’s Forest Products Lab in Madison, Wisconsin, in 1934. The incentives, technology, and sense of urgency have changed over time, however. The desire to find and leverage applications that consume more wood, while supporting “green” building, renewability, and sustainability goals, motivates a wide array of stakeholders.

CLT offers structural properties that make it cost competitive with steel and concrete in certain building applications. It is a multilayer wooden panel of kiln dried lumber glued perpendicular to the previous layer. Originally developed in Europe, production of CLT came to North America in 2010. Today, there are 17 operating or announced CLT facilities in North America (Figure). Despite strong growth over the past decade, relative to the total North American panel and lumber markets, CLT remains in its infancy. It sits on the margin of more established engineered wood products, which are themselves modest sized markets. In 2018, North American Glulam production was less than one-half of one percent (<0.5%) of softwood lumber production. Meanwhile, LVL production approached 2%. 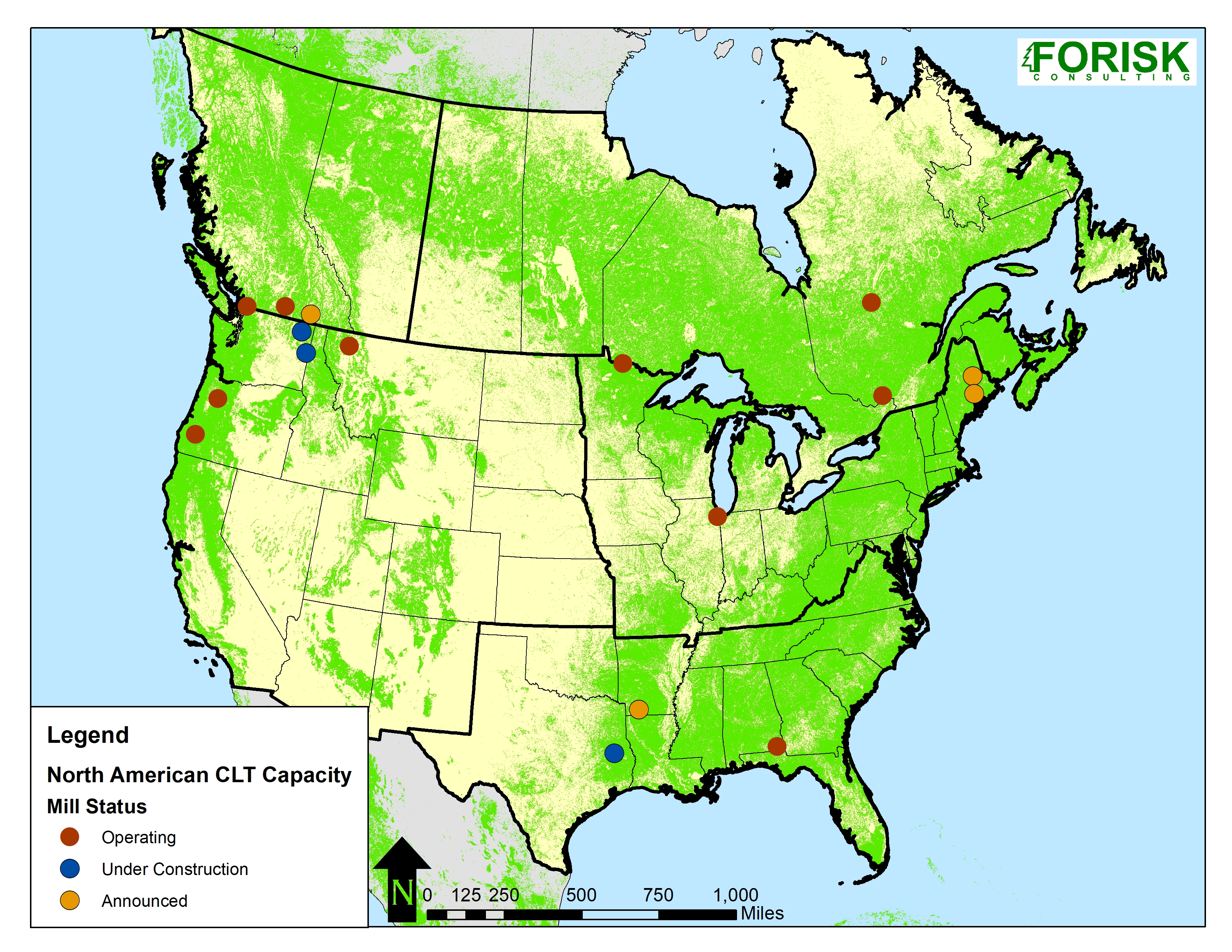 The well-attended Mass Timber Conference in Portland, OR, where many stakeholders—investors from private equity, local economic development teams, architects, and corporate end-users such as Google and Adidas, among others—gathered, speaks to the increasing interest in CLT. The market will continue to grow, and, as it develops, it will offer another path for lumber consumption.