Recent news in timberland markets centered on the acquisition of Pope Resources by Rayonier. Part of the excitement from this deal resulted from it running counter to a perceived slowdown in timberland transactions. In 2019, one of the most common questions I heard from timberland investors was some version of, “what does a normal timberland deal flow look like in the U.S.?”

As part of tracking North American forest ownership, we maintain a database of “institutional” timberland transactions that includes over 600 deals back into the 1990s. We looked at the data and highlight three findings. 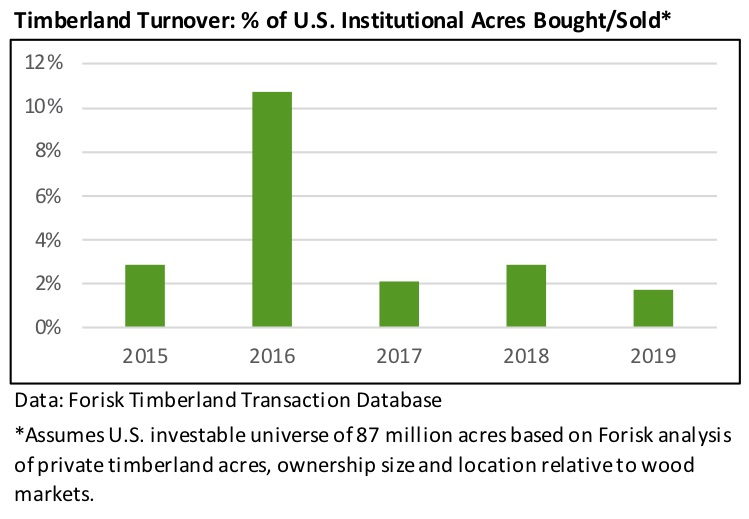 Third, this rate of turnover aligns with other asset classes such as residential housing. In a typical year, we sell just over 6 million existing and new homes in the United States on an inventory of homes approaching 140 million in total. That means we “turn over” 4 to 5% of U.S. homes each year. Similar numbers appear in commercial real estate.

Click here to learn about and register for “Applied Forest Finance” on March 19th in Atlanta, Georgia. The course details necessary skills and common errors associated with the financial analysis of timberland and other forestry-related investments. We will also evaluate recent transactions, such as Rayonier’s acquisition of Pope Resources.